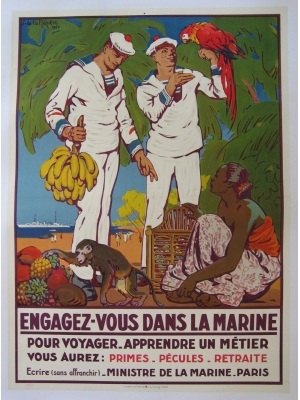 Original army recruitment and wartime posters: Join the Navy, Liberation Bonds, Second World War propaganda, the Chinese Cultural Revolution...
Our original military collection includes vintage posters from the two Great Wars commissioned by the Allied Forces with a few items from the Soviet Empire, as well as recruitment campaigns by the French Army. Given that we do not curate with an academic purpose as would a university, we have chosen not to acquire, sell or exhibit posters - often fear-inducing - from the Axis Forces (Germany, Italy, Japan), aside from Sogno’s posters for the Armistice Army (Armée Nouvelle). The Navy and Air Force constitute the majority of the collection, those from the 1920s being particularly striking with remarkable creative designs that reflect the brief period of peace enjoyed at the time. Their sense of exotism is in stark contrast to the darker original posters from the First World War. Slogans such as “Join the Navy, you’ll be eligible for a bonus, a stipend and retirement benefits, write to 231 Boulevard Saint-German, Paris - free postage” by Charles Jean Hallo (1882-1969) better known as Alo - which is incidentally just a few doors down from our gallery is - are quite uplifting, as are the vintage posters designed by Joseph de la Nézière (1873-1944) and Pierre Commarmond (1897-1983) for the French Navy. Each one is a masterpiece, depicting exotic sceneries that invite the viewer to sign up, travel, dream and seek adventure. Far from drawing on the usual themes of military propaganda, these original posters promote a peaceful ideal of a career in the armed forces, in step with France’s new role overseeing its colonial Empire. The French Air Force collection of 1930 to 1960 includes wonderful campaigns designed by Paul Lengellé (1938-1993), featuring remarkable illustrations of combat planes. 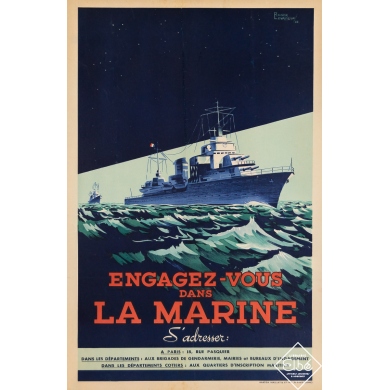 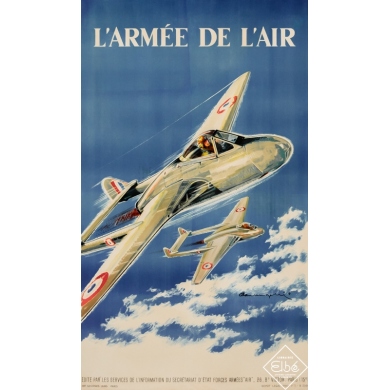 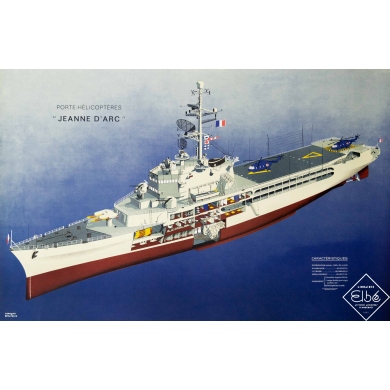 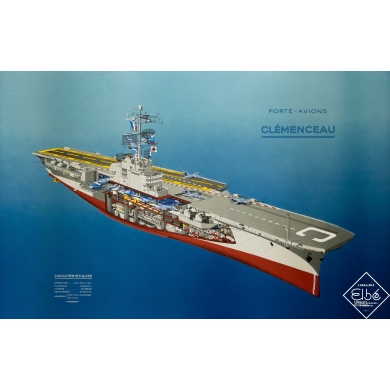 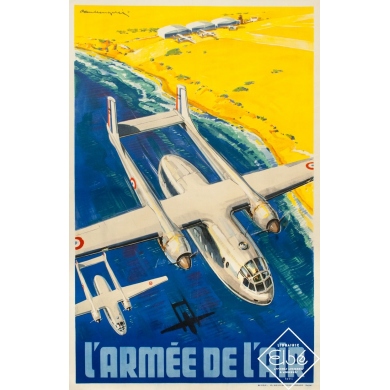 Condition B+ (traces of fold) 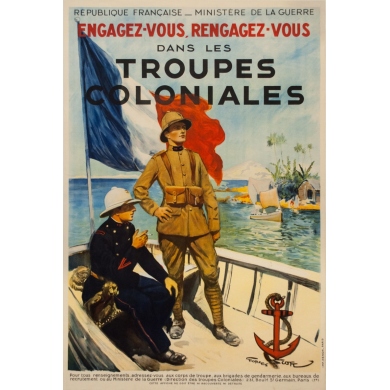 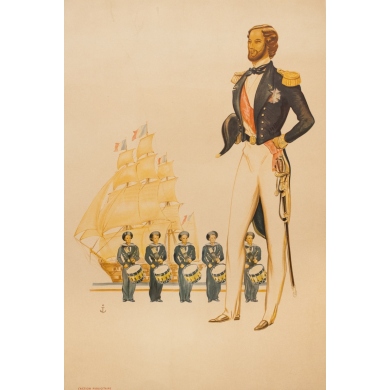 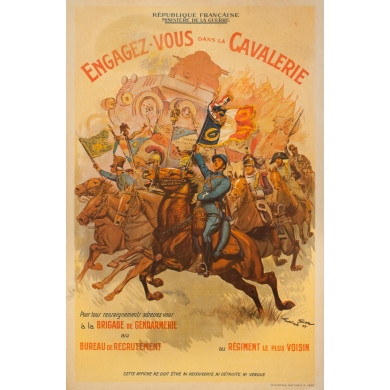 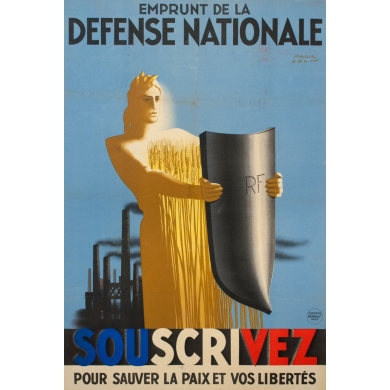 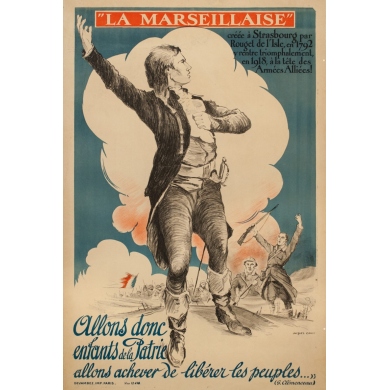 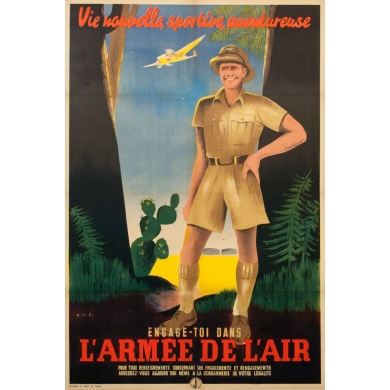 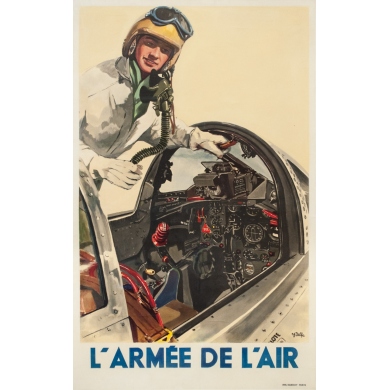 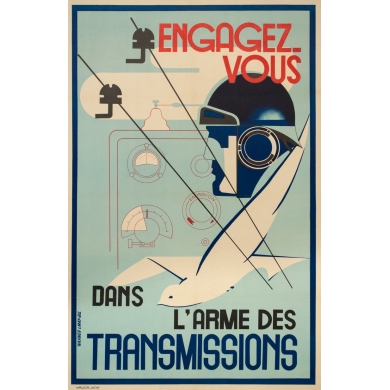 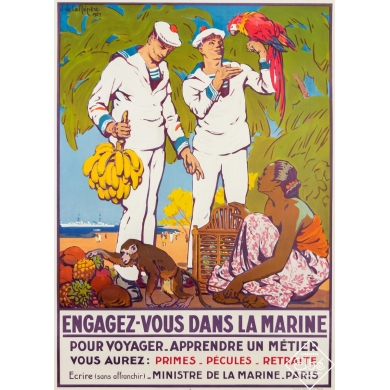 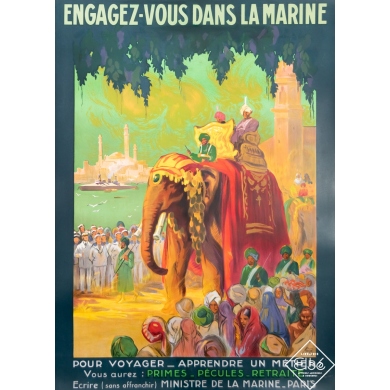 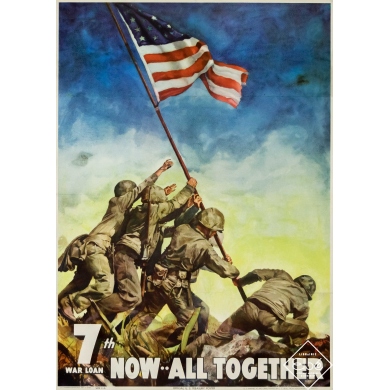 Original vintage poster Painted by C.C. Beall from Associated Press Photo in 1945, 7th War Loan Now all together US Marines at Iwo Jima

Printed by : US Government Printing Office 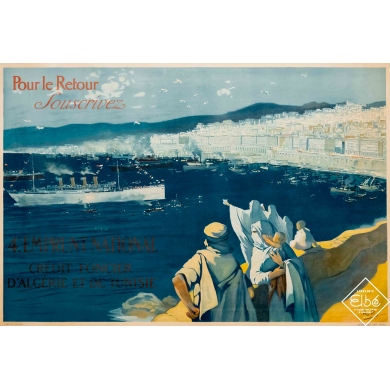 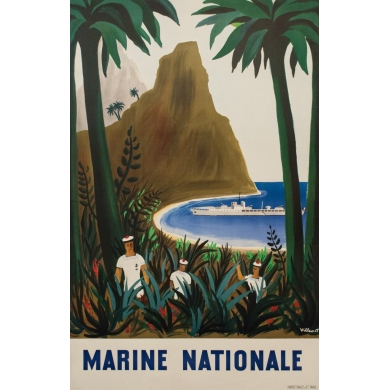 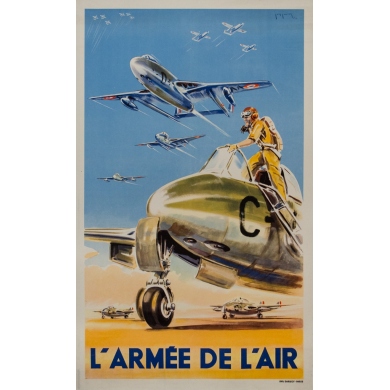 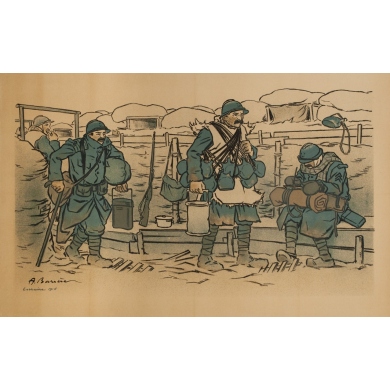 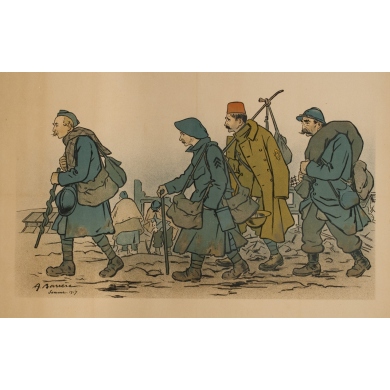 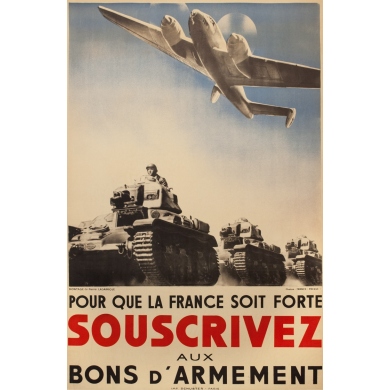 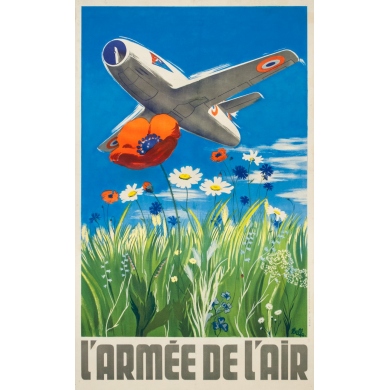 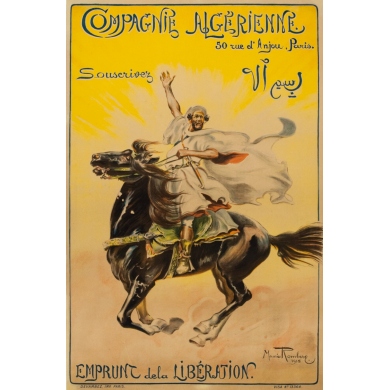 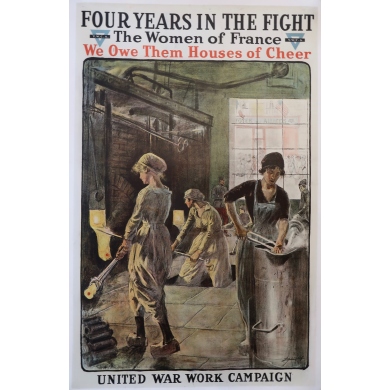 Printed in lithography in New York 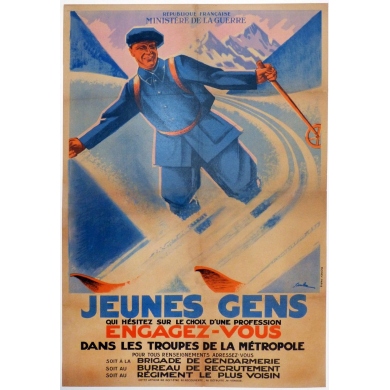 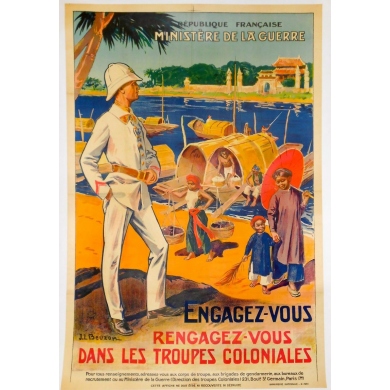 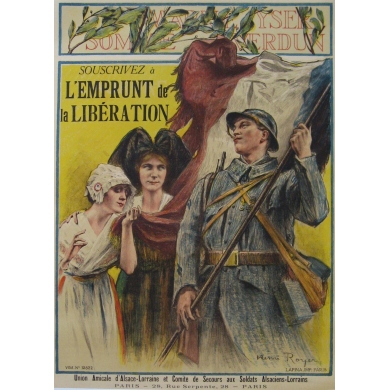