Air France posters are particularly sought after throughout the world. From 1934 to 1963, Air France was an innovator in hiring greatly talented illustrators to promote airline routes, noticeably Lucien Boucher who designed over a dozen world maps. The airline company also called on many of the most reputed and popular French illustrators of their time to convey all the magic of its dream-like destinations, from Valerio to Paul Colin, Bernard Villemot, Edmond Maurus, Vincent Guerra, Nathan, Guy Georget and many others.
Well before the advent of mass tourism, Air France posters were brilliantly designed invitations to explore the world, capturing a certain air of refinement that would inspire the middle class to travel the globe. The airline was specifically targeting elites through specific references that tapped into their aspirations. This thirst for adventure resonates with many poster enthusiasts and collectors of original posters. 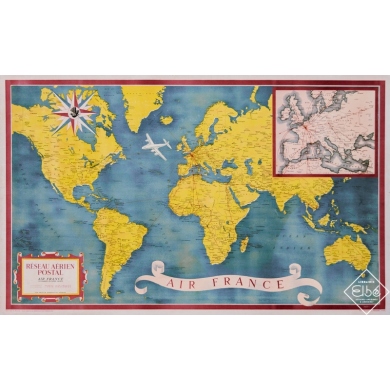 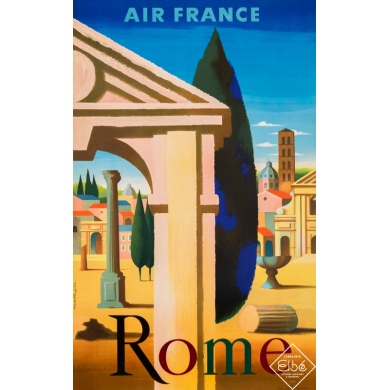 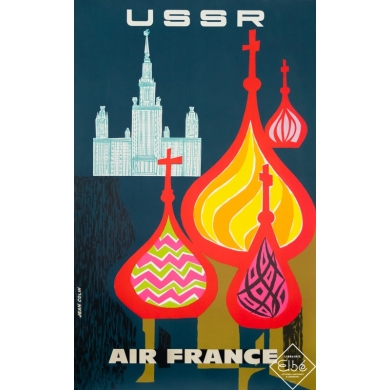 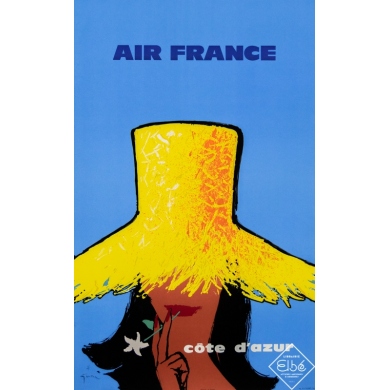 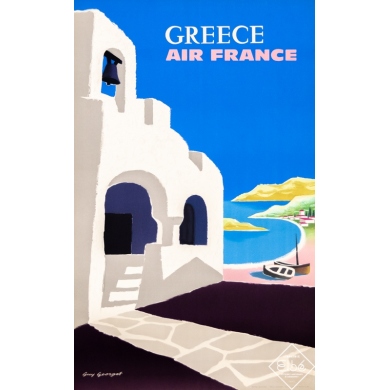 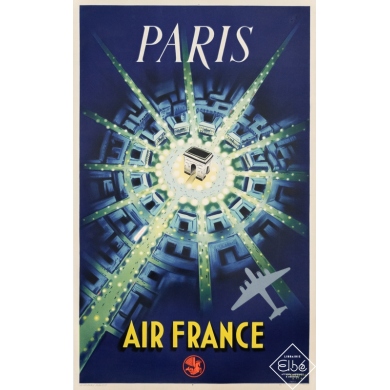 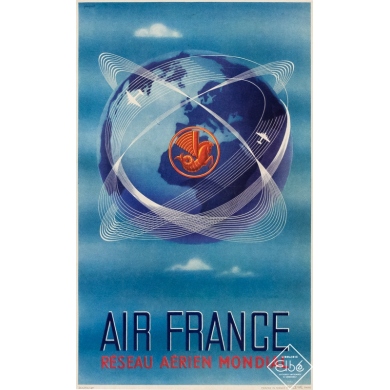 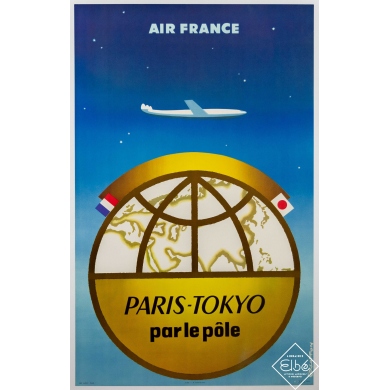 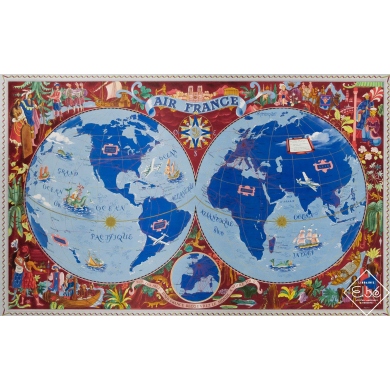 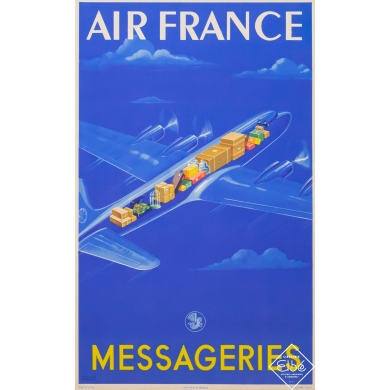 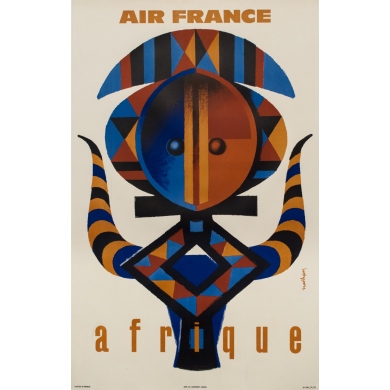 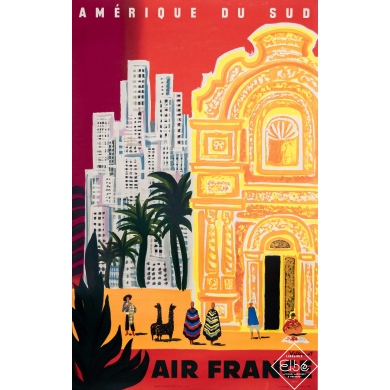 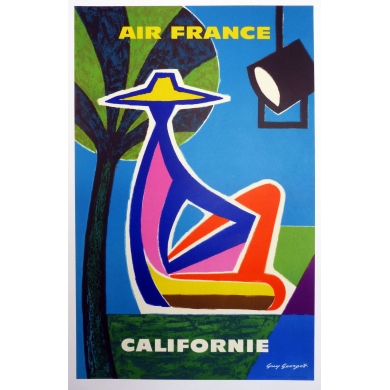 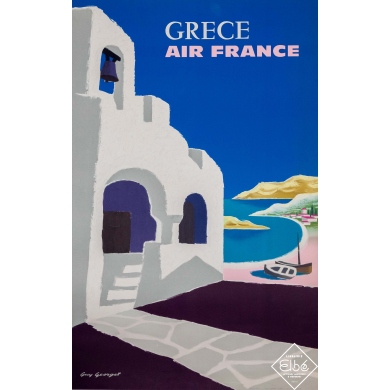 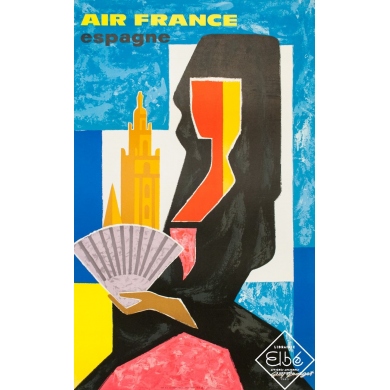 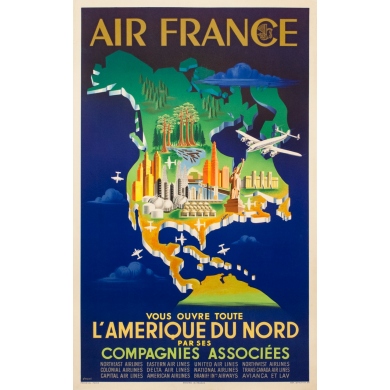 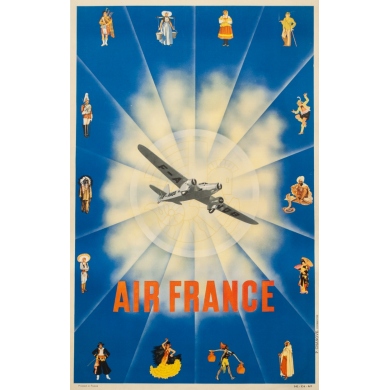 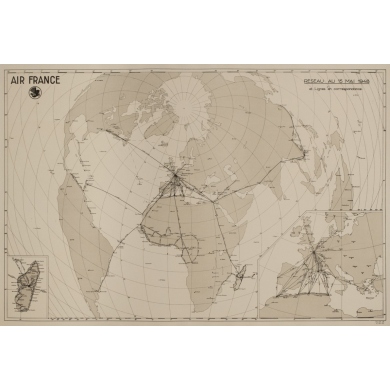 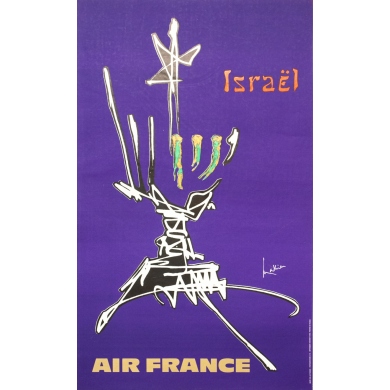 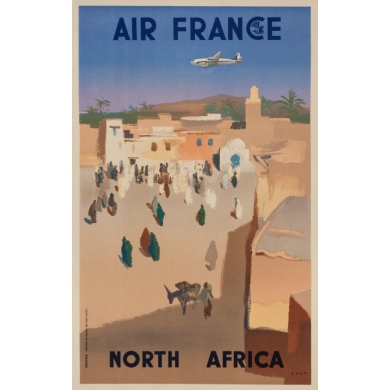 Vintage travel poster by Even 1950 - Even Air France North Africa...

Original vintage travel poster realised by Even in 1950, Even Air France North Africa

Printed by : printed in France 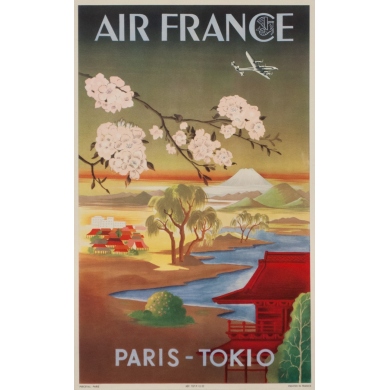 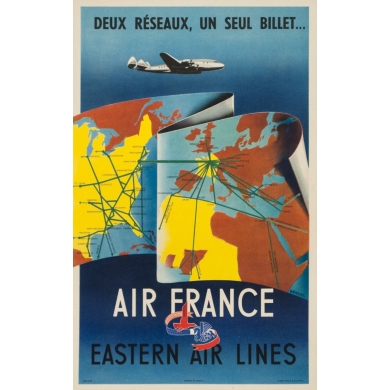 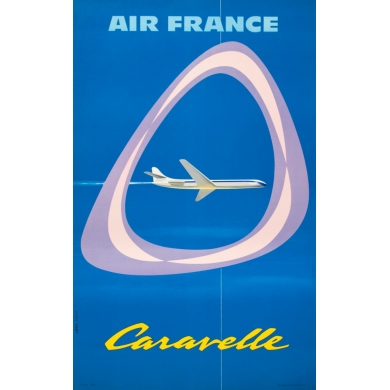 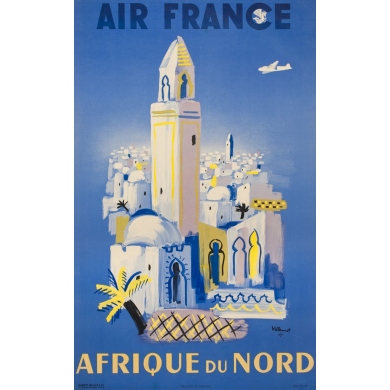