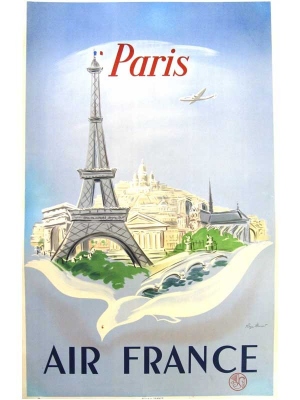 A large selection of original posters from France and its many regions including Normandy, the Paris area, the North of France, Alsace, the Basque region, the Côte d’Azur and different mountain resorts…All posters in the Elbé catalogue are dated originals, fully restored and mounted on canvas.
These original posters all represent areas located in mainland France. They depict the first holiday destinations on the Côte d’Azur, in Brittany, the Basque Area, the Bay of Arcachon, the Atlantic Islands, the beaches of Normandy and the North of France. The selection includes France’s regions and scenic or historic terroir from the 1860s to the 1960s as well as many tourist destinations most commonly around Paris seen from a tourist’s perspective. The posters are part of promotional campaigns commissioned predominantly by the railway industry, tourism bureaus and ministries to promote travel and French culture.
Original posters of the early summer destinations feature areas such as the Bay of Arcachon, Biarritz, La Baule, Dinard, Le Touquet Paris-Beach, Cabourg, Deauville and Trouville, as well as Nice, Villefranche, La Turbie, Le Cap Ferrat, Antibes, Toulon further south. The Elbé catalogue also includes health resorts and spas such as Vichy, Allevard, Brides, Aix, Luchon and Superbagnères. All posters capture the magic of the first ski and winter sport resorts in places like Chamonix, the Vosges and Jura regions, Combloux, Saint-Gervais and Megève, Morzine and the Pyrenees. These original posters promote the many regions of France and such scenic sites as the Puy Mary in the Mount of Cantal, the Dordogne, the Rhône valley, the Berry region, Alsace and the Pyrenees.
The main illustrators of the time were Constant Duval, Julien Lacaze, Pierre Commarmond, Hugo d’Alesi, Paul E. Champseix, Roger Broders, Charles Hallo, David Dellepiane, Léo Lellée, Geo Dorival, Léandre. 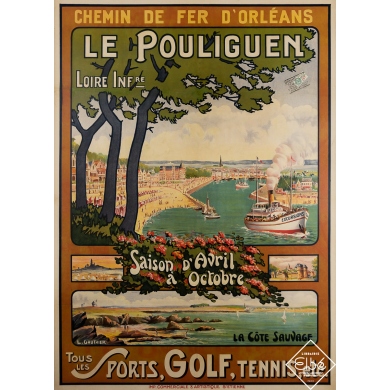 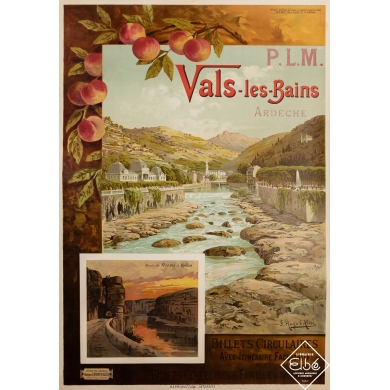 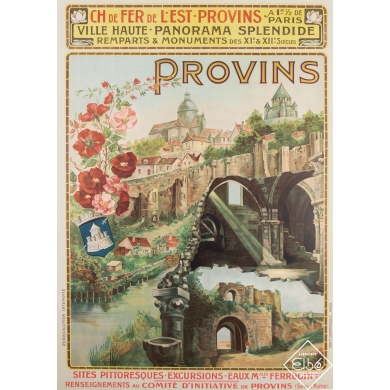 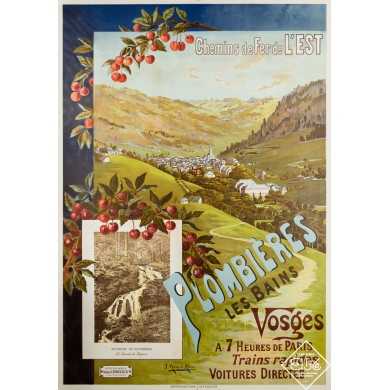 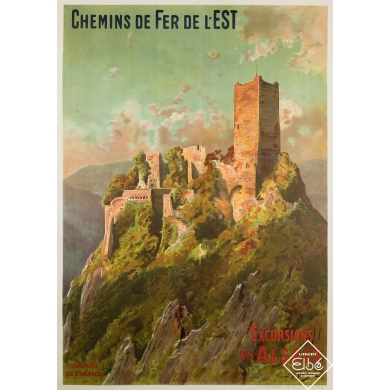 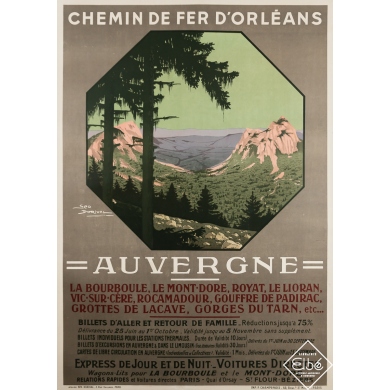 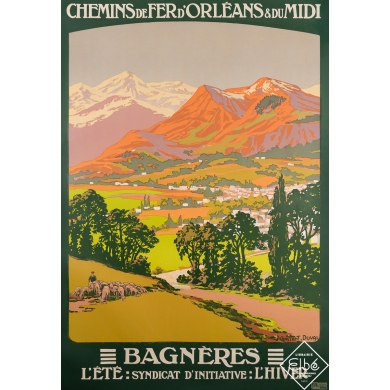 Printed by : Imprimerie VIA Décor 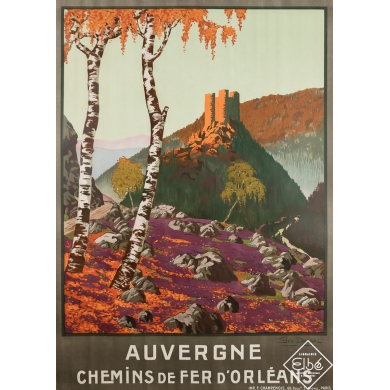 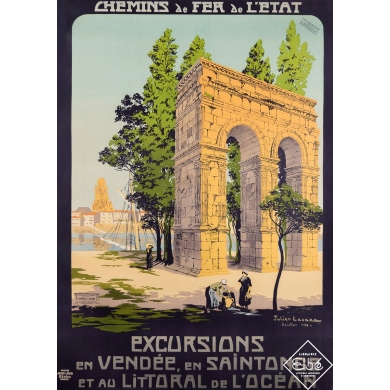 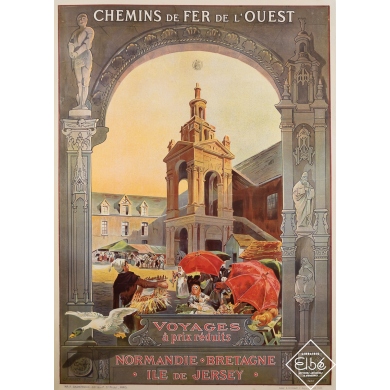 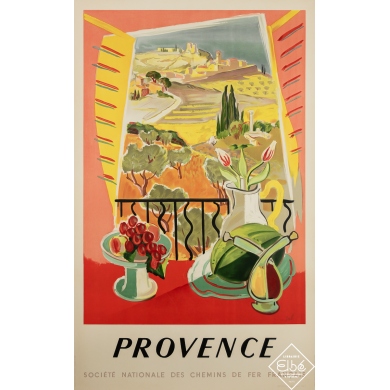 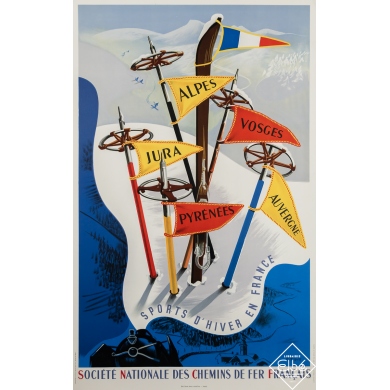 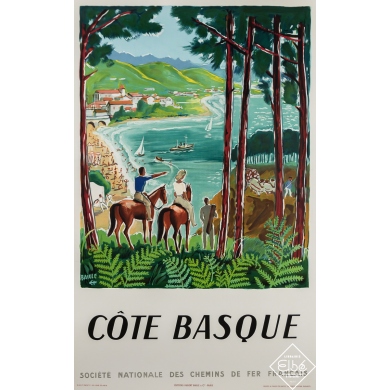 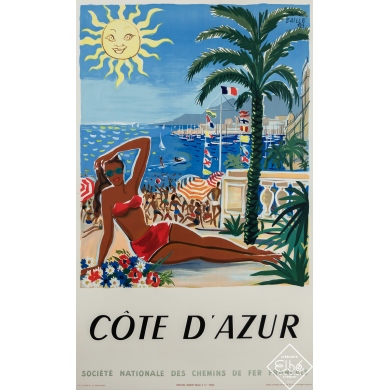 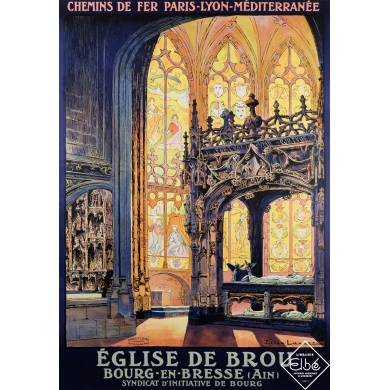 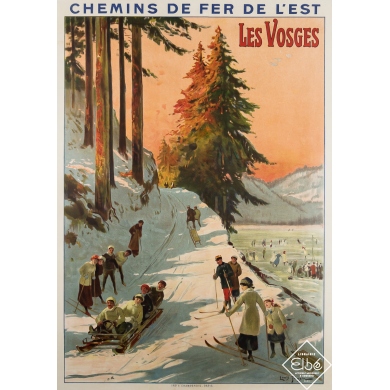 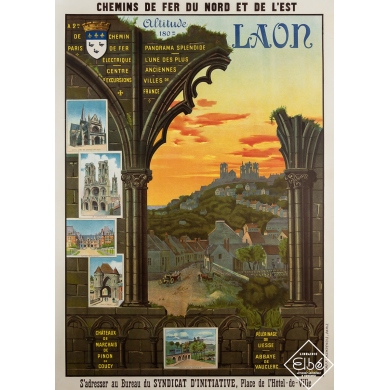 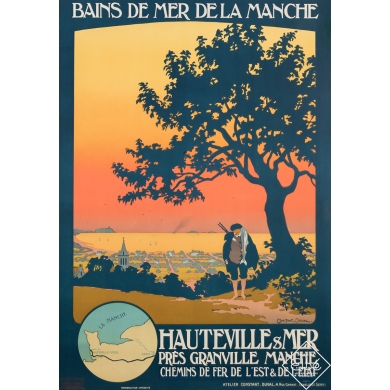 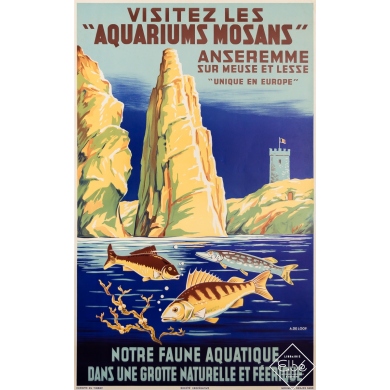 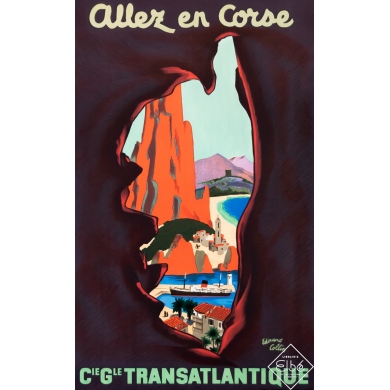 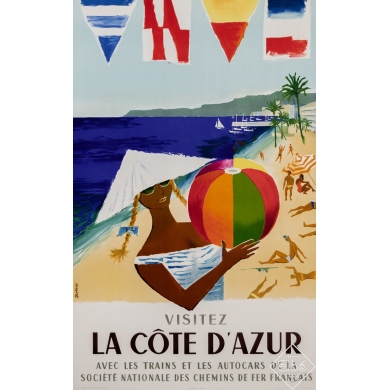 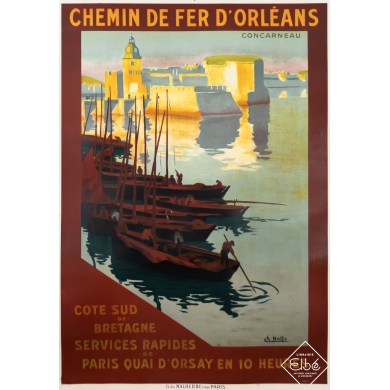 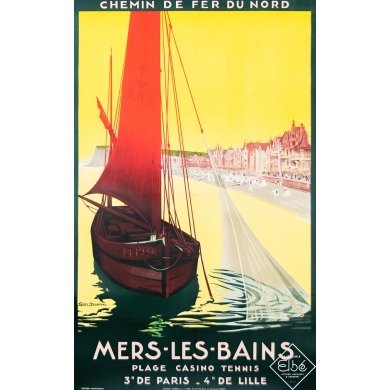 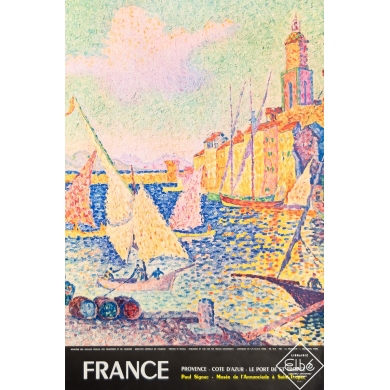 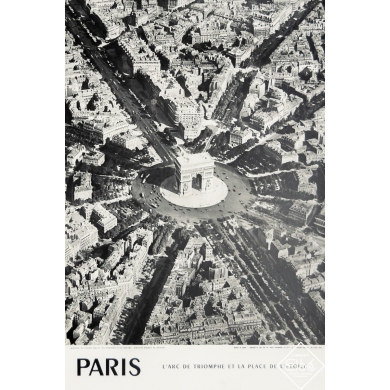 Vintage travel poster by the Direction Gle du Tourisme Circa 1960 -... 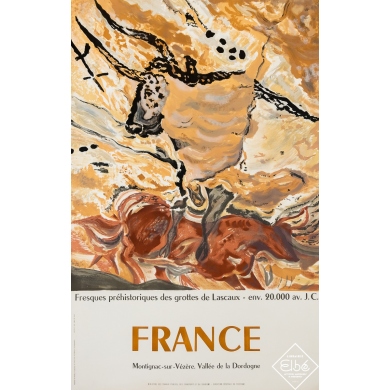 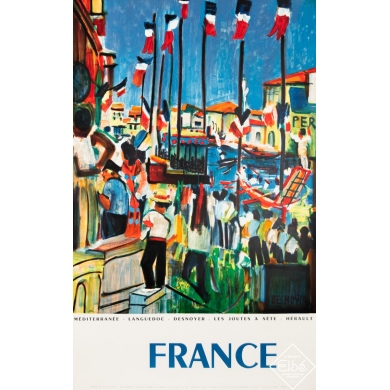 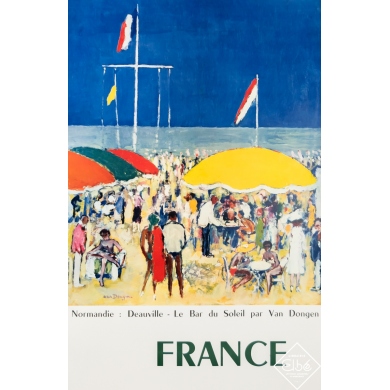